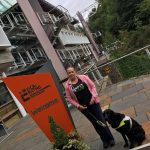 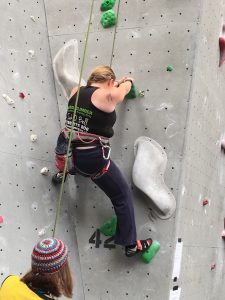 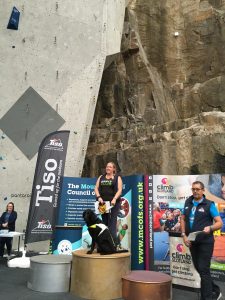 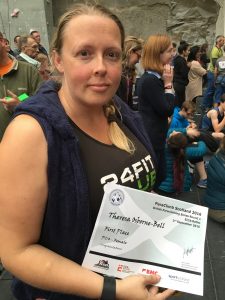 Maybe I Should have said something before…..

Well, this is something new…….

I am sat in the passenger seat of my friends car doing 70+ MPH on the M6 Motorway travelling on my way to Edinburgh; while typing this blog.  My iPad is tethered to my phone for 4G and my voiceover is bluetoothed through the car stereo.  So I need to be careful with what I type, as my driver can hear EVERY word.

So, why am I travelling to Edinburgh?

After an already long car journey I am beginning to ask myself the very same question.

We are making this journey because through the powers of networking on Facebook, I was put in touch with a climber who has a visual impairment, like me. It just so happens that this climber is a member on the Paraclimbing team for Great Britain….

Can you see where I am going with this?

THIS IS MY NEXT CHALLENGE!

I am not just meeting with him for coffee, I am actually travelling all this way to take a chance; to take my opportunity to maybe, just maybe, be something much bigger than me.  Something that will show my children that my disability hasn’t stopped me from going after a dream.  That actually for the past two and a half years my climbing skills may actually get me somewhere.

If you haven’t guessed already, I shall explain.

I am travelling to Edinburgh, because tomorrow at 11am I shall be entering into the 2017 Paraclimbing team competition within the sensory loss category.  Which is taking place at The Edinburgh International Climbing Arena….

And actually, as I type this, the realisation of what I am doing Has FINALLY dawned on me.

” Tomorrow I will be competing to join the GB Paraclimbing Team!”

TOMORROW, I WILL BE COMPETING TO JOIN THE TEAM GB PARACLIMBING TEAM!